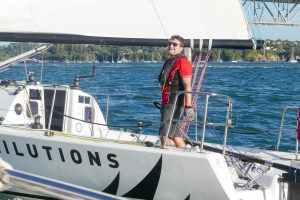 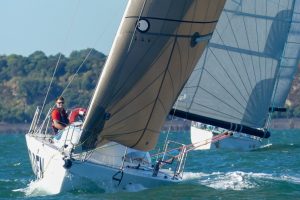 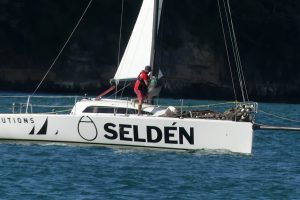 Sailing solo has been something I’ve dreamed about since I was young, so I decided to do something about it. In 2014 at the age of 19 I competed in the solo Trans-Tasman Challenge. 16 days at sea and two broken autopilots later I had completed the challenge, and the start of my solo sailing career. Since then my focus has been on shorthand sailing, competing in the 2017 two handed around North Island yacht race and the amazing adventure of the 2019 Round New Zealand yacht race. Both events have their own challenges and skills needed. Since 2015 I have been competing in the RYC Solo Series. I’m now sailing my Thompson 980 which over the past year have been setting up for solo sailing. The series provides a number of challenges from short harbour races to longer round island races, both need different skills. Short harbour races push the skipper to make sure all manoeuvres, hoists and drops can be done fast and clean, while the longer races need good tactics and endurance.