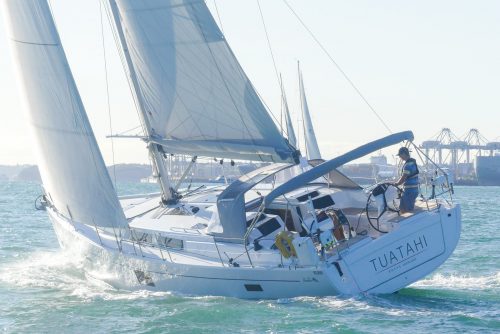 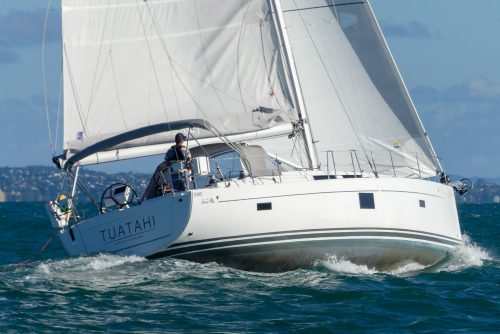 We grew up cruising the Hauraki Gulf on a Beale 33, which we raced during my teens. I spent a short time crewing race boats in Europe and have done a few deliveries around the Pacific. After a 6 year hiatus during the rebuilding of a 36′ racing trimaran (Dragon) I got back into the swing of things, and Dragon competed well in shorthanded series and Coastal Classics. Once our little one came along we decided to sell the family frightener for something more cruisy. After a couple of years trawling the internet we are very pleased to be sailing the Hanse 455 ‘Tuatahi’, which is perfectly setup for cruising but sails very well – especially short or single handed.

I really enjoyed the RYC single handed series last year including the new Gulf Triangle and look forward to competing in the upcoming series – Covid willing. It would be great to get a few more production boats out on the track!