A meeting held on the 23rd September 1905, by the Home Bay Sailing Club is recorded in the NZ Herald of that time. This club is thought to be our parent and we like to think that this meeting, recorded as being the third AGM of the Home Bay Sailing Club, does place, on record our beginnings. The meeting was presided over by Mr G.E.Adams and the Commodore elected was Mr E.C. Blomfield, the owner of the yacht “Aileen”.

The club register at this time named seventy nine members and the balance sheet showed a credit balance of £5 12 shillings. To further the interests of yachting in the Western reaches of the harbour, the West End Yachting Association was formed about this time.

A NZ Herald report of the 11th June 1906 reports a very important and enjoyable social evening of the Richmond Cruising Club was held in the Richmond Hall. The patron of the club at this time was the Hon. Geo Fowlds and he was present at this event and remarked on the success of the club’s activities. Prizes were awarded for the year’s racing. Names mentioned in connection with the Richmond Cruising Club are familiar names around the club rooms at the present time – Holdsworth and Sayers are cups that are competed for annually in the present programme and we have the Frankham Shield, presented by Mr A.G. Frankham the father of one of our life members today.

By 1912 there was talk of a new club House at Sloan’s Beach and that Mr T.L.Thompson, the popular Commodore of the club was the prime mover in securing the site. It is also reported that he was seeking re-election to the Grey Lynn Borough Council in the forthcoming elections. It is recorded that November 8th 1913 saw the official opening of this club house and that between 150 and 200 guests were present.

The Hon. Geo. Fowlds performed the opening ceremony and the club was heartily congratulated on the progress made. Mr. J.H.Bradney MP was present and he was presented with a gift as a token of appreciation by the officers and club members for his kindness in securing the site from the Minister of Marine.

This clubhouse was used for many years and it was from here that the club moved to its premises on its present site at Westhaven. This was in 1940 and, following a very familiar pattern, the members and their families were instrumental in building and creating the nucleus of our present building. Carrying on the tradition of voluntary labour, the club has progressed from the original to its present day appearance that so many “yachties” have come to know. Today the club is at the heart of Auckland keelboat sailing.

The whole story is told in The Lee Rail, a centennial history of RYC by Harold Kidd and Robin Elliot – get your copy from the club office. 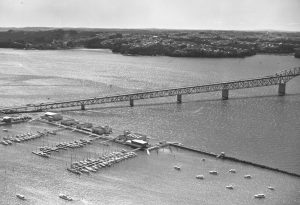 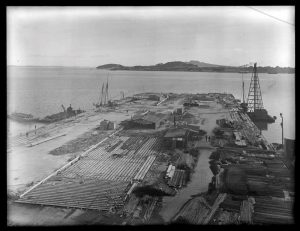 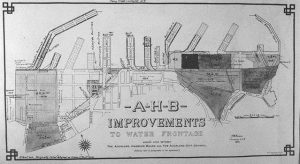 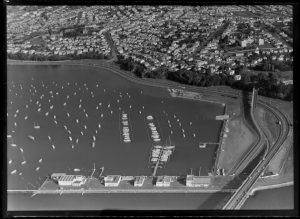 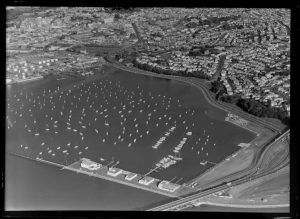 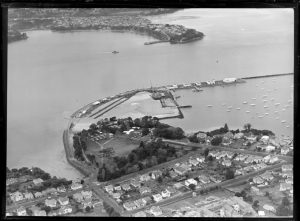 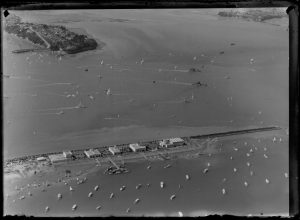 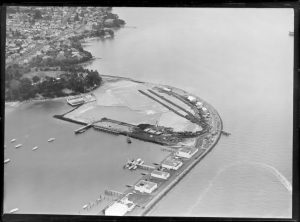 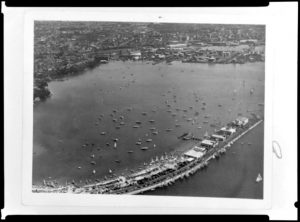 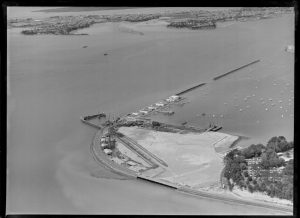 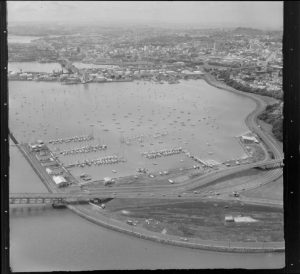 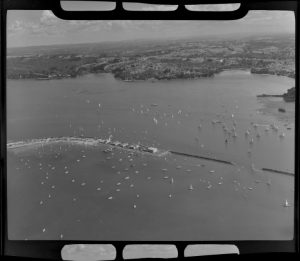 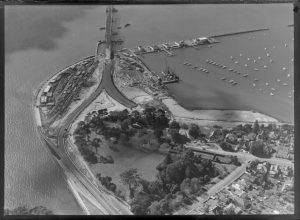 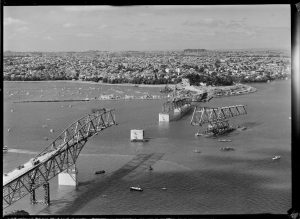 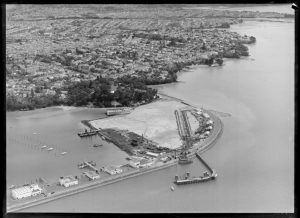 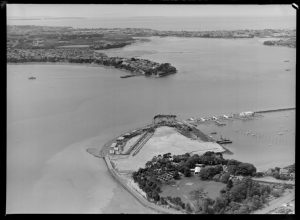 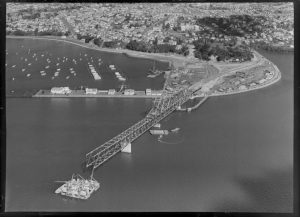 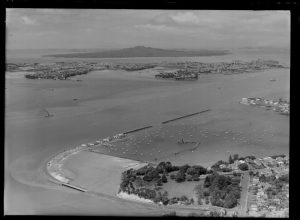 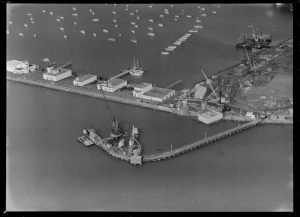 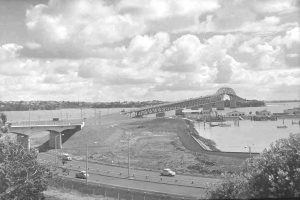 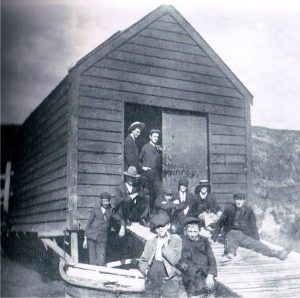 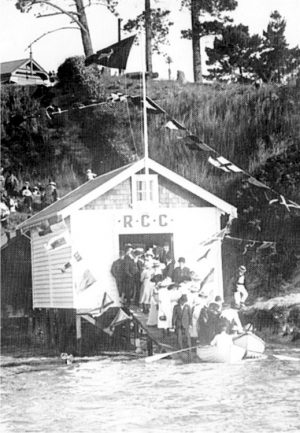 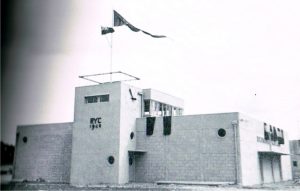 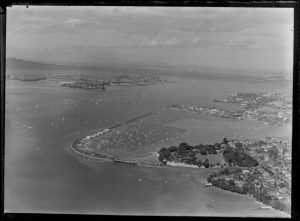 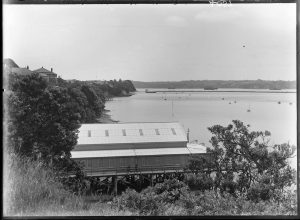